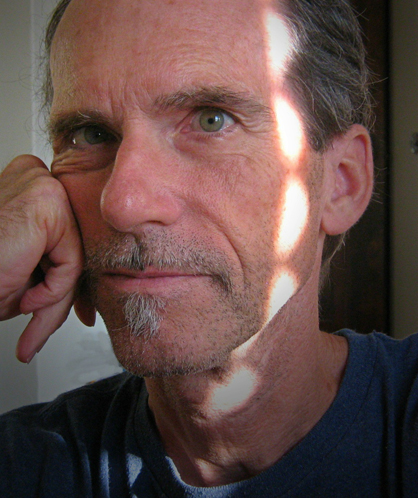 I came to Focusing and Emergent Dialogue through dharma and holistic practices/studies. Once I was meditating, I became interested in how to relate to other humans without reactivity, so my dharma friends and I started studying NVC (Nonviolent Communication). My enthusiastic home yogasana practice was opening doors to the natural qualities of wellness that emerged during concentrated embodiment.

In 2005, I was introduced to Focusing while in a 2-year biodynamic craniosacral training - we were learning to palpate inner movements such as the "inherent treatment plan", to recognize patterns of compensation that were expressing in a client, and to establish contactful yet individuated relationship with other.

Later, I spent a couple of years living in a residential zen center and observed how spiritual community functioned through meditating 3x a day, rituals, vow, noble silence, and interdependence. These practices generated a palpable field of care and an invisible support I'd call interbeing, which translated into a greater sensitivity to bodily clues, greater sensitivity to the more-than-human world, and a capacity for individuation and seeing the beauty of other.

Of course, I'm still affected by karmic patterns, like everybody else - it's just that, under the right circumstances, it is more likely that I can be present than before these experiences and practices. However, I realized that there was a big disconnect between the inner 'language' of meditation and the outer way we talked when not in silence. This became most apparent at the end of a sesshin - 7 days of noble silence and sitting - exiting silence was quite jarring for me, and nonintegrative, unless I found others with whom to mutually exchange my experience in a slow and non-competitive way.


I realized that the perceptual and expressive movements I used when Focusing or while practicing NVC in a group, were conducive to an integration of meditation with social interaction. And so I began experimenting with a Focusing-way of communicating, creating group experiences around NVC and Focusing. I'm currently hosting a Meetup called Emergent Dialogue where we cross NVC and Focusing. Also, I'm looking for ways to develop a Focusingbased form of dialogue I've experienced with a Focusing partner that I call Mutual Revelatory Inquiry (MRI). In MRI, we start by Focusing, and then carefully negotiate a mutual inquiry without leaving the Focusing mode of experiencing, keeping the theories in a 'background mind'.

I believe in the potential to unleash enormous human creativity and goodness lying dormant in people for self-realization and world healing - ecological, economic, racial. Through the practice of emergent dialogue on a daily basis, applying the skills of presence derived from Focusing, NVC, and other practices, I believe we can do this! In fact, I don't think we'll successfully navigate this social and ecological pickle we're in without returning to a felt - perhaps a primordial - way of being.

"Focusing" (1981) is a body-oriented process for self-awareness and problem solving based on Eugene Gendlin's work with Carl Rogers, the father of client-centered therapy. By pausing and feeling into an issue, a felt sense forms. With neutral reflection from a companion, the Focuser experiences insights, relief in the body, and forward steps around the issue.